RESEARCH TRIANGLE PARK, N.C. – The Burroughs Wellcome Fund announced that 50 individual researchers have been recognized by the foundation for their excellence in biomedical research. Through four different competitive award programs, these researchers have exhibited extraordinary leadership and research skills.

“The Fund awards excellence at an individual level, and provides an opportunity for scientists to leverage our support into long and fruitful careers, “said BWF President Dr. John E. Burris.

The following researchers have received awards from the Burroughs Wellcome Fund, organized by the award program.

Career Awards at the Scientific Interface (CASI)
A total of 245 eligible pre-proposal applications for the twelfth cycle of this award program were received in September 2014. Each awardee will receive a grant of $500,000 over five years. Recognizing the vital role such cross-trained scientists will play in furthering biomedical science, these grants are intended to foster the early career development of researchers who have transitioned or are transitioning from undergraduate and/or graduate work in the physical/mathematical/computational sciences or engineering into postdoctoral work in the biological sciences, and who are dedicated to pursuing a career in academic research.

Career Awards for Medical Scientists (CAMS)
The CAMS program was established to facilitate the transition of the academic physician scientist from a mentored position to a tenure track faculty appointment. The program has gone through seven complete cycles and 84 awards have been made. The award provides $700,000 over five years. For this award cycle, 112 eligible applications were received.

Postdoctoral Enrichment Program (PDEP)
The Postdoctoral Enrichment Program (PDEP) provides a total of $60,000 over three years to support the career development activities for underrepresented minority postdoctoral fellows in a degree-granting institution in the United States or Canada whose training and professional development are guided by mentors committed to helping them advance to stellar careers in biomedical or medical research. 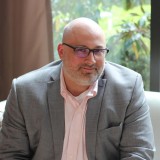