The Burroughs Wellcome Fund is proud to announce the publication of Excellence Everywhere, a laboratory management guide for scientists in developing countries.  The following is from the books preface:

Launching a scientific career is difficult. Success as a scientist will depend on many things—from intelligence and creativity to luck; from being a good team player to being an independent thinker and driver of your own work; from bringing out the best in the people with whom you work to being an accurate and respected authority whose fairness and good ideas are known to other researchers, research organizations, and perhaps governments. At the top in research, people almost universally want the same things: to be excellent scientists, to do their best work, and to see good things come of it. Integrity is at the core of a good career, everywhere. A successful career in science pays off by advancing knowledge, and often by helping to make the world a healthier or easier place, by earning one the respect of other scientists, and by providing new opportunities to do good work and share in a better life.

The Burroughs Wellcome Fund is proud to support many excellent life scientists during the early part of their careers. Although we are a research funder, our focus is actually not just on the research but also on the scientists who carry it out. Put simply, we look for the best young scientists and then invest our resources to help them reach new levels of excellence. We believe that giving scientists room for creativity, for taking risks, and for moving their interests between fields to look at existing problems in new ways is a strategy that produces a catalytic effect. Foundations are fairly small in the overall scheme of scientific funding, so like an enzyme we hope to pick a good spot from which to bring things into line so that the barriers to activation can be reduced.

Several years ago, we asked our awardees who were just starting faculty careers in the United States and Canada to think about how we could help them better. What we heard back from them surprised us—they did not ask for more money or more scientific resources. Instead, they asked us for help in understanding how to succeed at many activities—managing people, getting grants, spreading one’s reputation, and more—that are critical for scientific success and are not taught at the bench.

Their replies stirred us to action. The Burroughs Wellcome Fund teamed up with the Howard Hughes Medical Institute, another research supporting organization that, like us, is interested in what it takes to make a good career great and a great career magnificent. Together we put together a short course for our early-career awardees. The response to the course was so strongly positive that we put together a book to make the material covered in the course available to a broader audience.

When BWF’s awardees and advisors who work in other parts of the world saw it, they said that this information was needed far beyond North America, the region in which we make almost all of our grants. So we set about making this material relevant to scientists starting careers outside our region. This volume focuses on starting careers in the emerging scientific communities in the South—the low- and middle-resource regions of the tropics and sub-tropics.

The material here features insights from researchers in Africa and South and Central America, and we hope it may be useful to those in other regions as well.

The work on re-interpreting this material for scientists in many other countries has taken place in several phases. It began with asking North American researchers who work closely with investigators and field sites in the South to provide commentary on parts of the original book that were especially “North Americo-centric.” Next, a number of researchers from the South, but working in the U.S., were asked for their ideas. Then BWF staff sent the revised material to researchers who have established their careers in South America, Central America, and Africa and asked for both their critiques and corrections and, more importantly, for stories from their own early experiences in starting research careers. Their comments and thoughts are found throughout the book. We hope that these will help you feel that you are in kinship and in conversation with these scientists, even though they may be far from you.

It would be impossible to create a book that fits the experiences of researchers in every place where science is expanding and new opportunities are arising for young researchers. But the material in this book is “open source.” If you are in an institution, organization, or government that is interested in custom-tailoring our laboratory management resources to use in your own country or region, we are glad to hear it.

Science is an international endeavor. Wherever it is done, it connects us to the scientists, scholars, and philosophers of the past and the future. Our work as a scientific community can make human lives better, healthier, and longer, and can improve the economies of nations, regions, and the world. To be a scientist is both a privilege and a passion. We hope the insights in this book will help you build a career where you consistently aim higher, reach farther, and perform even better than you may have thought would be your best. 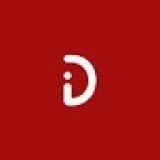